Chi-Town:The Rest of the Journey

On our third day in Chi-Town, we decided to start our day off at Corner Bakery Cafe, an American chain of cafes. After indulging in a sandwich to fill our hungry bellies and a warm tea to brace up for the chilly Chicago air, we headed onto our next adventure of the day: Revisiting the Chicago Cultural Center. The first time around we were on a time crunch due to our boat tour, and so this time we were able to truly take in the different exhibits. After this, we made our way over to The Magnificent Mile. The Magnificent Mile is Chicago’s upscale commercial district . Although, I am by no means in a position to purchase expensive brands it was great to just window shop as we walked along the mile.

As we walked along the mile, we headed on over to the Cub’s Clubhouse; a gear shop full of Chicago Cubs apparel. After this, we simply walked through the streets and eventually stopped by the AT&T store on Michigan Avenue. Now, you may be wondering why is it that I stopped by a phone store while in Chicago? The reason is simple. During the time I was there, the AT&T shop was promoting the Justice League movie and as a result had costumes on display that were worn by the actors of the movie. In addition, they also had props and other interactive displays relating to the movie. It was an unexpected surprise and after spending far too long in here, we headed over to The Shops At North Bridge. The Shops at North Bridge is a mall located on Michigan Avenue with a plethora of different stores for all your shopping needs. After entering the mall, we ended up coming across Charming Charlie. At the time, this store did not exist in Canada and I’m telling you it’s the cutest store in the entire world! If you are a girly person and love all things cute, this store is a must for you. Even as someone like myself who spends more time in gym clothing than real clothing, it was hard to resist the allure of this little shop. As a result, I ended up walking out with two scarves and the cutest fox shaped bag. Adorable! 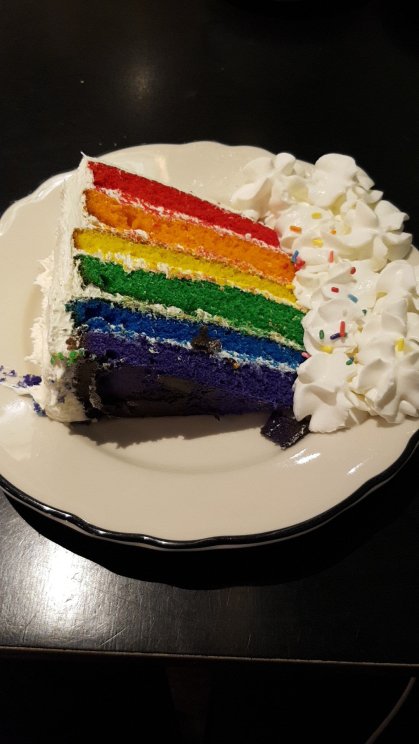 We then headed on over to Goddess & The Baker to enjoy some delicious dessert. If you are headed to Chicago, this bakery is a must and their rainbow cake is absolutely delicious! Furthermore, this place is incredibly homey and it was here we began to draw our day to an end. The rest of the night was spent indoors, making use of the pool table in our AirBnB. Although I did not win the game, it was a great time nonetheless! Thank you Chicago for your hospitality, you truly were amazing! 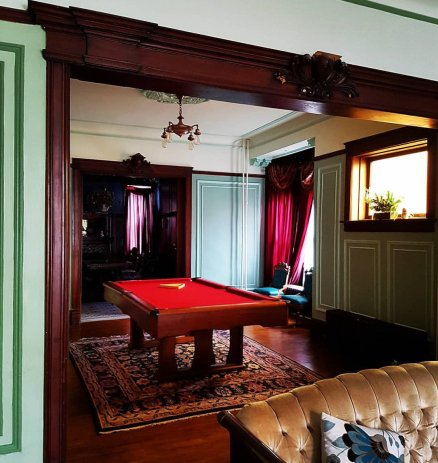 There are a few things I didn’t get the chance to see in Chicago that I recommend people try and see during their visit. For starters, I’ve heard nothing but great things about the Museum of Contemporary Art and would highly recommend it to anyone visiting. Another great museum to check out, The National Museum of Mexican Art. If you’re a baseball fan, check out the Wrigley Field to watch a Chicago Cubs game. And last but not least, the Chicago 360, an observation deck with a tilting glass lookout.

Two things that really stuck out to me during my visit in Chicago was how amazing their transit system is (and how underutilized it is) and the sheer hospitality of the people in Chicago. Maybe it was because it was the Christmas holidays, but what I observed in one instance was a cook offering food to a homeless man, someone on the bus offering clothing to another individual during the frigid temperatures, and just the general kindness of everyone I interacted with in all the shops and outings while I was there. Another great thing that Chicago had implemented was heated bus shelters in some areas. While it may not seem like much it made waiting for the train a little less painful. So thank you Chicago for showing me the kindness that exists in the world and for being an absolutely beautiful city.